I’m always heartened to come in contact with young people who are pro-active in changing humanity’s path towards a sustainable future for life on our planet. Here’s one such young woman, an undergraduate in Mississippi, who realizes that our success in achieving this aim depends upon collective action and connection with like-minded individuals.

As y’all know, I was selected as an Eco Rep Leader at my university. Yesterday was our official training for the year. We had our training at Strawberry Plains Audubon Center. I had only been there once and it was for their well-known Hummingbird Festival. The center is one of Mississippi’s finest yet lesser known treasures. With […]

During the past week, the Office of the United States Trade Representative (USTR) initiated events that will impact our trade relations with our top three trading partners—China, Canada, and Mexico.

On August 16th, USTR Robert Lighthizer opened the First Round of NAFTA Renegotiations with our Canadian and Mexican counterparts, a promise made by President Trump during his presidential campaign. In his Opening Statement, Ambassador Lighthizer noted:

This is a 23-year-old agreement and our economies are very different than they were in the 1990’s. We need to modernize or create provisions which protect digital trade and services trade, e-commerce, update customs procedures, protect intellectual property, improve energy provisions, enhance transparency rules, and promote science-based agricultural trade.

He pointed out that, while many Americans have benefited from NAFTA, “[w]e cannot ignore the huge trade deficits, the lost manufacturing jobs, the businesses that have closed or moved because of incentives — intended or not — in the current agreement.”

On Monday [08/14/17], President Trump instructed me to look into Chinese laws, policies, and practices which may be harming American intellectual property rights, innovation, or technology development. END_OF_DOCUMENT_TOKEN_TO_BE_REPLACED

“For too long, a lot of the climate change and global warming arguments have been looking at melting ice and polar bears and not at the human suffering side of it. They are still pushing out the polar bear as the icon for climate change. The icon should be a kid who is suffering from the negative impacts of climate change and increased air pollution, or a family where rising water is endangering their lives.”
~ Robert D. Bullard, a professor at Texas Southern University who some call the “father of environmental justice.”

We’re feeling the heat here in Los Angeles. I now have to avoid going out until after five in the evenings. For my son, an independent contractor who often works outdoors, it’s hell.

GALVESTON, Tex. — Adolfo Guerra, a landscaper in this port city on the Gulf of Mexico, remembers panicking as his co-worker vomited and convulsed after hours of mowing lawns in stifling heat. Other workers rushed to cover him with ice, and the man recovered.

But, for Mr. Guerra, 24, who spends nine hours a day, six days a week doing yard work the episode was a reminder of the dangers that exist for outdoor workers as the planet warms. 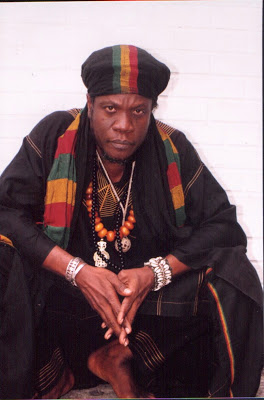 My Poetry Corner August 2017 features the poem “Eyes of Liberty” by Mutabaruka, a Jamaican Rastafarian dub poet, musician, actor, educator, and talk-show host. Born Allan Hope in December 1952, he grew up in Kingston, Jamaica, where he trained as an electrician at the Kingston Technical High School. Marcus Garvey’s son, a teacher at the trade school, influenced his world view and awakened his Black awareness.

As an adolescent, Mutabaruka identified with the Black Power Movement of the late 1960s and early 1970s that swept across the Caribbean. His poems became a means to changing the political system in Jamaica.

“Because they say that the pen is mightier than the sword, in that case it was a gun! So we used the pen instead of turning toward this what dem call revolution that was in we that was fashioned and shaped in us,” Mutabaruka told his audience at a book signing in San Francisco in April 2005. END_OF_DOCUMENT_TOKEN_TO_BE_REPLACED