Made possible through the Access to Information Act, on February 5, 2016, the Brazilian National Institute Pact for the Eradication of Slave Labor (InPACTO) released the Ministry of Labor’s updated blacklist of 340 companies fined for maintaining workers under slave-like conditions. While agricultural enterprises make up the large majority, textile and construction companies operating in urban areas are not far behind.

Since 2003, the Ministry of Labor began publishing its annual “Laundry List,” as it is known, to deter companies from using slave labor. The blacklist reveals the identity of the owner, business name with registration number, and address. Those blacklisted cannot obtain government loans and participate in public auctions. Under the National Pact for the Eradication of Slave Labor of 2005, they also face private sector boycott of their products and services. END_OF_DOCUMENT_TOKEN_TO_BE_REPLACED 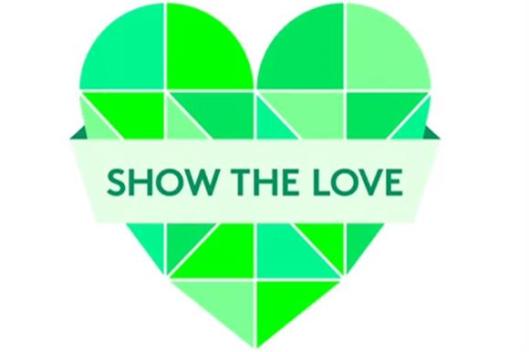 [Click on link below]
Video: I wish for you…

Show the love this Valentine’s Day

Beautiful things are possible. We can protect this life we love from climate change, if enough of us show we care… The changes needed to protect our world have begun. We can have 100% clean energy within a generation – but it needs us to show our love to make it happen.
~ Author Michael Morpurgo and actors Jeremy Irons and Maxine Peake in a short film, I wish for you… from fortheloveof.org.uk

In his article, “Guyana’s breakdown is connected to our high suicide rate,” published in Kaieteur News on February 6, 2016, Freddie Kissoon posits that an underlying cause of Guyana’s alarming suicide rate is “the political pessimism that has dogged this country since Independence.” Bear in mind that the controversial columnist, a former social science university lecturer, has been highly critical of the former ruling East Indian left-wing political party (1992-2015).

A small developing Caribbean nation with a declining population of less than 750,000 people (Census 2012), Guyana topped the chart of the World Health Organization’s 2014 report on suicide worldwide, based on data for the year 2012. With a suicide rate of 44.2 per 100,000 persons, Guyana beat South Korea (28.9) and Sri Lanka (28.8). At the time, Guyana’s health authority claimed a much lower rate of 34.7. The nation’s record represented almost four times the global average of 11.4 and over seven times the average of 6.1 for Latin American and the Caribbean. By gender, Guyanese men are much more prone to taking their lives than women with rates of 70.8 and 22.1, respectively. END_OF_DOCUMENT_TOKEN_TO_BE_REPLACED

We can change to cleaner energy. It’s already available. We just have to take the leap.