Today is Earth Day 2018. The theme this year is End Plastic Pollution in response to the exponential growth of plastic waste that now poses a threat to human survival owing to its un-biodegradable nature. When exposed to water, sun, or other elements, our plastic waste breaks down into tiny particles invisible to the naked eye. These particles – called microplastics – now contaminate our drinking water, seafood, or even the salt we add to our meals.

Earth Day Network (EDN) sums up the scope of this threat with the following 10 facts of plastic in our oceans.

Fact #1 – About 8 million metric tons of plastic enter our oceans every year.

Fact #2 – Five massive patches of plastics are growing in the oceans worldwide. The one between California and Hawaii is the size of the state of Texas.

Fact #3 – Every minute, one garbage truck of plastic is dumped into our oceans.

Fact #4 – The amount of plastic in the ocean is set to increase tenfold by 2020.

Fact #6 – Plastic is contaminating remote depths of the ocean.

Fact #7 – Marine organisms and animals are starving to death with undigested plastic in their stomachs.

I’m finding it hard to stay abreast of all the upheaval triggered by our Twitter-in-Chief. His tweets and threats boggle my mind, create instability across our nation, and embolden our rivals and enemies overseas.

While our bombs turn the Middle East into rubble, people at the bottom rungs in America face their own hell. This month, the Institute for Policy Studies has published its empirical study, The Souls of Poor Folk, highlighting the complex issues that entangle our lives: systemic racism, persistent poverty, the war economy and militarism, and ecological devastation. Here are some of their key findings. END_OF_DOCUMENT_TOKEN_TO_BE_REPLACED 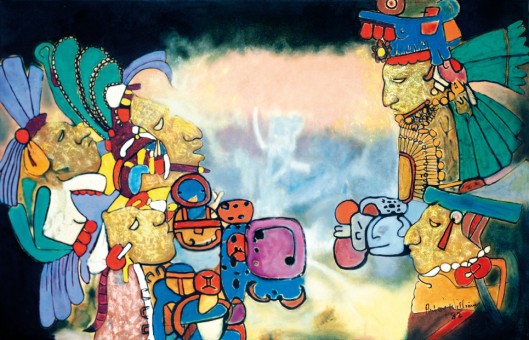 On March 8th, Guyana’s illustrious literary writer, Sir Wilson Harris, died at the age of ninety-six in England where he had lived since 1959. Born in 1921 in New Amsterdam, British Guiana (now Guyana), Harris began his writing career as a poet, obtaining exposure through the colony’s literary magazine, Kyk-over-Al. My Poetry Corner April 2018 features one of these poems, “This is My Meditation,” published in 1947. Since I couldn’t find the original title of this poem, I’ve used the opening words as a substitute.

When he was two years old, Harris lost his father, “a well-off insurance businessman with a chauffeur-driven car.” His mother moved to the capital, Georgetown, and remarried. Six years later, tragedy struck again. His stepfather disappeared; believed drowned in the Interior.

“At almost the same time, I saw a beggar on a street corner, with holes in his face,” Harris tells Maya Jaggi (The Guardian, December 2006). “I came home and couldn’t eat – I never forgot that man.”

After completing his studies at Queen’s College, the prestigious secondary school for boys in Georgetown, Harris trained in land surveying and geomorphology. Beginning in 1942, his work as a government surveyor, charting the great rivers of the colony’s interior rainforest and savanna regions, changed his vision of man’s relation to the planet. 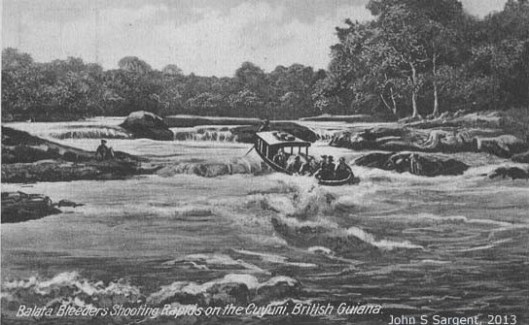 “The shock of contrasts in river, forest, waterfall had registered very deeply in my psyche,” Harris tells Fred D’Aguiar (Bomb Magazine, January 2003). “So deeply that to find oneself without a tongue was to learn of a music that was wordless, to descent into varying structures upon parallel branches of reality, branches that were rooted in a stem of meaning for which no absolute existed.”

Of equal importance was his discovery of pre-Columbian myth and history gained through his contacts with the indigenous peoples in the region.

In his poem, “This is My Meditation,” the young poet calls out what he sees as the cruelty of the Christian God in the treatment of His beloved son, Jesus, left alone to suffer the painful and humiliating death by crucifixion. END_OF_DOCUMENT_TOKEN_TO_BE_REPLACED