As we remember those who have fallen this Memorial Day, I share the thoughts of fellow blogger Larry “Dutch” Woller, a Vietnam veteran.

Maybe No More Children Will Die

I sit here looking at the news
The powers wanted peace they say,
And while they spoke, bombs were dropped
20 children died that day!

Read more at On the Path Least Traveled 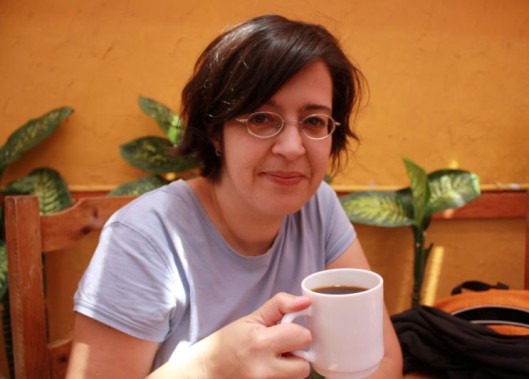 My Poetry Corner May 2019 features the poem “the woman is a construction” (a mulher é uma construção) from the poetry collection, a uterus is the size of a fist (um útero é do tamanho de um punho), by Angélica Freitas, a contemporary Brazilian poet and translator.

Born in Pelotas, Rio Grande do Sul, in 1973, the eldest of four siblings, Angélica Freitas began writing poetry at the age of nine, but her journey to finding herself as a poet took a long and circuitous route. Her discovery, at the age of fifteen, that she was gay made it difficult for her to fit in with her peers. Bullies found her an easy target. At nineteen, following her father’s death, she escaped to Glasgow with a Scottish girlfriend. After six months of washing dishes and cleaning restrooms, she returned to her family home.

Opting to study journalism at the Federal University of Rio Grande do Sul, Freitas moved to the capital, Porto Alegre, where she remained after graduation. There, she could be invisible. In her poem, “the pink book of the foolish heart,” she recalls:

In 2000, an unexpected acceptance as a trainee with O Estado de São Paulo newspapers led Freitas to the metropolis of São Paulo. She confesses that she wasn’t a good reporter, but that the experience exposed her to other realities of life. After four years of suffering to write with the rhythm of a daily newspapers, she left them for a slower paced work schedule at a telecommunications magazine. A career in journalism, she came to realize, wasn’t for her. What she desired above all was to write poetry.

Her life changed on a Saturday in 2005 when, during a period of depression, she decided to attend a poetry workshop conducted by Carlito Azevedo, a poet from Rio de Janeiro. Two years later, under his mentorship, she published her first collection of poetry. That same year, she moved to Argentina where she lived for two years with her girlfriend. For the first time, she became part of a feminist group. Living among them made her question her own condition as a woman. On her return to Brazil, she moved back to her hometown to work full-time as a poet and writer. END_OF_DOCUMENT_TOKEN_TO_BE_REPLACED