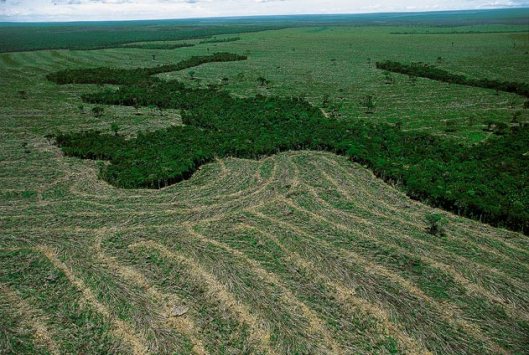 On September 23, over 900 leaders from government, business, finance, and civil society came together at the United Nations Headquarters in New York for the 2014 Climate Summit. Judging from the Summary of their most significant announcements, they issued more promises “to galvanize transformative action in all countries to reduce emissions and build resilience to the adverse impacts of climate change.”

Promises are easy. Following them through is another story.

The pledge to halve deforestation by 2020 and reach zero deforestation by 2030 is ambitious. Since trees release carbon when burned, such a move would secure an additional 4.5 to 8.8 billion tons of carbon yearly. This is equivalent to carbon emissions from one billion cars on the roads worldwide.
END_OF_DOCUMENT_TOKEN_TO_BE_REPLACED 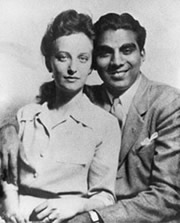 On Saturday, at the People’s Climate Los Angeles – Building Blocks against Climate Change, I had the opportunity to chat with the leader of the small contingent from the Communist Party USA. I learned that he had visited Guyana in 1967.

In the 1960s, in what was then British Guiana, the Catholic Church had drilled the fear of communism into my young impressionable mind. Those were the days of the Cold War. With their dread of the Soviet Union and fear of another Cuba in their backyard, the US government covertly ousted from power Guyana’s populist East Indian leader, the Marxist Cheddi Jagan.

“I met Cheddi Jagan and his wife, Janet,” the white American male said with pride. END_OF_DOCUMENT_TOKEN_TO_BE_REPLACED 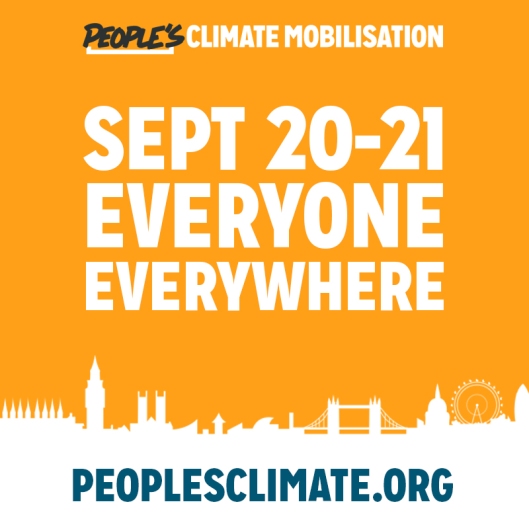 If you’ve answered “yes” to any of the above questions, here’s an opportunity to take action, to do your part. This coming weekend of September 20-21, 2014, let’s show up at the People’s Climate March in a city near us.

“The People’s Climate March is an invitation to anyone who’d like to prove to themselves, and to their children, that they give a damn about the biggest crisis our civilization has ever faced” said Bill McKibben, climate author and environmentalist turned activist, and co-founder of 350.ORG, a global climate movement.

In the United States, the major event will take place in New York City where the United Nations Climate Summit 2014 is scheduled for September 23. Heads of State and Government, together with leaders from business and civil society, are invited to announce significant and substantial initiatives to help move the world toward a path that will limit global warming (UN Press Release No. 6418 dated 11 August 2014).

“The race is on, and now is the time for leaders to step up and steer the world towards a safer future,” said UN Secretary-General Ban Ki-moon.

Extreme climatic conditions affect all aspects of our lives: health, economy (jobs), education, and the security of our families. The longer we delay to build cleaner, low-carbon economies, the more expensive it will become. The number of people worldwide facing hunger and malnutrition will catapult.

Learn more about how we got here and the consequences of ignoring climate change. Watch the documentary film, Disruption, produced by 350.ORG and released on September 7, 2014.

According to data released on September 4, 2014, by the U.S. Drought Monitor, California, with an estimated population of over 38.3 million, leads the nation with 82 percent of the state facing extreme to exceptional drought. Water scarcity is dire in the Central Valley where half of America’s fruits and vegetables are grown.

On January 17, 2014, California’s State Governor Jerry Brown declared a drought State of Emergency. He called on all state officials to take every action necessary to prepare for water shortages. (Learn more at California Drought.) END_OF_DOCUMENT_TOKEN_TO_BE_REPLACED 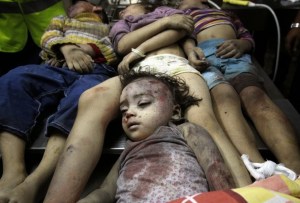 In my Poetry Corner this month, in remembrance of over 500 Palestinian children who died in the 2014 Israeli-Palestinian 50-Day War, I feature the poem “Isaiah” by Jamaican dub poet Jean “Binta” Breeze. Her chosen African middle name ‘Binta’ means ‘close to the heart.’

Brought up by her grandparents, peasant farmers in the hills of rural Jamaica, Jean “Binta” Breeze lived as a Rastafarian – commonly known as Rasta in Jamaica – during the early years of her life.

Rooted in a blend of Ethiopian-Hebrew-Christian spirituality, Rastafarians worship Haile Selassie I, Emperor of Ethiopia (1930-1974), as their spiritual leader. They regard Ethiopia, considered the birthplace of humanity, as their Zion: a utopia of unity, peace, and freedom. In contrast, Babylon is the degenerate society of materialism, oppression, and sensual pleasures.

To commemorate the Millennium, BBC Radio invited Breeze, who lives in England since 1985, to contribute a poem for their live poetry event. Selecting the BBC’s Old Testament theme, Breeze portrays the prophet Isaiah as de rastaman who comes down from the mountains to remind Israel (equated with Babylon) of God’s plan and calls on them to remember what love mean.

For readers unfamiliar with the Old Testament, the prophet Isaiah was born around 765 B.C.E. In the year of King Uzziah’s death (733 B.C.E.), Isaiah received his prophetic mission to proclaim the fall of Israel and of Judah as punishment of the nation’s infidelity to God.

While Breeze’s poem was well-received by the British public, it was rejected for presentation at a 2005 Human Rights Watch (HRW) fund-raising event in London. The Middle East Department of the HRW New York Head Office censored the poem as “unsuitable and inappropriate” (57 Productions).

Recalling the Holocaust, Rasta Prophet Isaiah tells the people of Israel that they should know better:

He warns them of God’s anger:

Israel be humble and prepare
God’s wrath is drawing near.

Inspired by recent events in Gaza, my Haiku poem “Israel” is a reflection on the nature of the God of Israel.