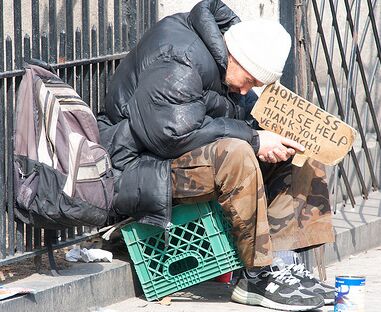 November 4 is Midterm Elections in the United States. Americans will be choosing their representatives for the United States Congress, state governors, and their state legislatures. A number of citizen initiatives also have their place on the ballots.

While we’re busy pursuing our individual goals and dreams or simply struggling to survive, the rich and powerful One Percent are buying our government representatives and, through them, changing the laws in their favor.

America is no longer the nation that our Founding Fathers had envisaged. We have lost our way.

Not only do we resort to violence to settle our differences, we have also become insensitive to and uncaring towards the needs and sufferings of the less fortunate among us. It’s now a crime to be poor and homeless.

We turn our backs on children fleeing violence in their home countries. We imprison our black and brown youth for the slightest infraction of the law. We deny our working class a living wage. We suffocate our youth with student debt.

We send our young men and women to die in distant, unending wars. When our warriors return home with broken minds and bodies, we burden their families with the task of mending their lives.

Believing that we only have worth with the stuff we accumulate, we have become mere consumers. The role models of our children are celebrities of our own making.

Mindless of the unpredictable consequences, we manipulate Nature like gods. With our bloated world population, we scour the Earth for more and more, leaving death and destruction in our wake. Spurning the smallest and grandest of other living species, we fool ourselves that we are above the natural world.

Mother Earth is now undergoing its sixth mass extinction of plants and animals. Our planet has not experienced such a degree of loss since a natural disaster exterminated the dinosaurs 65 million years ago. Humankind has become the scourge of the Earth, threatening the lives of 99 percent of other species.

In their Living Planet Index 2014, released in September, WWF Global alerted that our planet’s biodiversity is reaching critical levels. Since 1970, the number of mammals, birds, reptiles, amphibians, and fish worldwide has fallen by an average of 52 percent. Freshwater species alone show an average decline of 76 percent. With the greatest decline by region, Latin America has suffered an 83 percent loss.

The One Percent has taken control of our government and our global institutions. We can choose to follow them on the path to human extinction or choose to take a different course.

When we vote on November 4, let us choose individuals who will put the interests of we-the-people and Mother Earth before those of the One Percent.