My Poetry Corner June 2020 features the poem “Negridians” (Negridianos) from the poetry collection Currents and other marine studies (Correntezas e outros estudos marinhos) by Lívia Natália de Souza, an Afro-Brazilian poet and university professor. Born in 1979 in Salvador, Bahia, Northeast Brazil, Lívia Natália earned her Bachelor’s degree in Literature at the Federal University of Bahia in 2002. She further earned a Master’s degree (2005) and Doctorate (2008) in Theories and Criticism of Literature and Culture at the same institution where she lectures in Literary Theory. She also coordinates and teaches Literary Creation Workshops and works in projects for children at risk.

Lívia Natália’s debut poetry collection, Black water (Água negra), published in Salvador in 2011, received the Capital Bank Culture and Art-Poetry Award. In her poem “Asé” from that collection, the poet describes herself in terms of her African roots and connection with the natural world.

During the poet’s 2016 interview with SciELO, a São Paulo-based online forum, Lívia Natália admitted that racism influenced her work. “Racism in [Brazil], which calls itself a racial democracy, structures all relationships,” she said. “When I enter a room, not just a woman enters, a black woman enters and people read me with the racism machine assembled, even if that person is not a racist.” She added: “Racism is present from the moment I open my eyes to the moment that I close them. And…it’s present in my dreams, my nightmares.”

When speaking about violence in Brazil, the poet noted: “A black man or a black woman has to be in a combat position 24 hours a day, because when we sleep, the racist who lives inside people appears to accuse us of something.”

The poet shared her own experience with Bahia’s military police (MP) in February 2016 when they censored her short poem, “Quadrilha,” selected for the project “Poetry in the Streets” and featured on a billboard in Ilhéus—a city in Bahia’s southern coastal region popular with tourists for its cultural heritage and beaches. Bahia’s Police Association called for its removal for “inciting prejudices and intolerance against the military police.” When news spread among the police force nationwide, the poet received rape and death threats.

Inspired by Carlos Drummond’s poem of the same name, Lívia Natália’s version of life’s “Square Dance” of human relationships is one of two lives interrupted by police brutality.

In killing João, the police did not only take João’s life. They also destroyed Maria’s hoped-for relationship with her beloved, leaving her only with memories of times spent together square dancing.

In the featured poem, “Negridians,” the poet explores the black and white divide that, far too often, ends in lives interrupted by police brutality. The poet describes this global divide—a meridian she calls negridian—in the first stanza.

As a black woman, the poet has no power over the space the dominant white population has assigned her and other blacks. She expands on the effects of the imposed confinement and oppression in the second stanza.

The spaces in which blacks are forced to live are not conducive for developing their full potential as human beings. Though she does not mention the police, their powerful role of control can be inferred in the third verse.

In the third and final stanza, Lívia Natália notes that, while the negridianal meridian is invisible, blacks feel in the flesh the consequences of overstepping the boundaries imposed by the dominant white elite. Pain is interwoven between the verses. And anger, too.

To read the featured poem in its original Portuguese and to learn more about the work of Lívia Natália de Souza, go to my Poetry Corner June 2020. 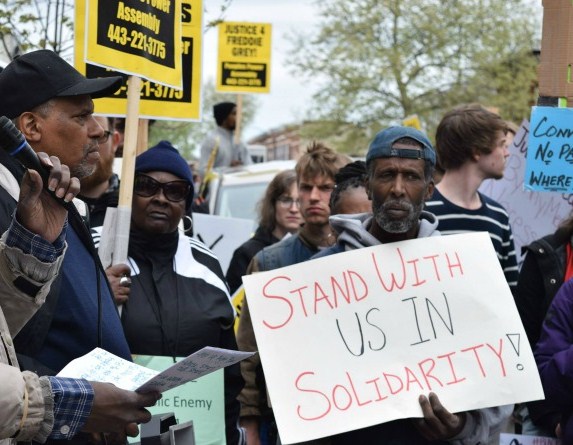 As yet another African-American community erupts in the face of police brutality, I offer the poetic wisdom of Brazilian educator and poet, Flora Egídio Thomé (1930-2014). In my Poetry Corner May 2015, I feature six Haiku poems from her collection In the Waters of Time (Nas Águas do Tempo), published in 2002.

The title of her collection alludes to the fluidity of time.

Born in times of water
in the waters of time I am…
drifting alone.

Water gives life to our planet. The oceans cover 71 percent of the Earth’s surface. Even our bodies are composed of water: 60 percent in adult men and 55 percent in adult women. Because of this life-giving water, we exist and experience time.

END_OF_DOCUMENT_TOKEN_TO_BE_REPLACED 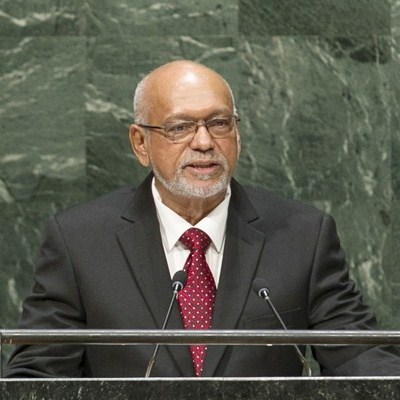 During my adolescent years in Guyana, everything was nice. The dress was nice; the food was nice; people were nice. The word nice was so overused that our high school English teacher prohibited us from its use in our essays.

By the time I moved to the United States, everything had become awesome. Your macaroni and cheese is awesome! You look awesome! I’m awesome!

Notwithstanding the American excessive use of the word awesome, I was taken aback at a Fox News TV host’s response to the recent release of the CIA Torture Report covering the Bush-Cheney period in government (January 2001 to January 2009). END_OF_DOCUMENT_TOKEN_TO_BE_REPLACED

Excessive Use of Force by Police – Guyana

Guyanese continue to use violence to resolve persistent political, socio-economic conflicts facing our nation. Roman Catholic Bishop Francis Alleyne, in an opinion column published in Demerara Waves on 17 October 2012, wrote: “There has to be another way…to address honestly the sharp disagreements and roiling controversies that plague (the nation).” He called on all Guyanese to “share in the uplifting and the progress of this nation of ours…in a spirit of genuine commitment and steadfast dedication…”

The World Health Organization defines violence as “the intentional use of physical force or power, threatened or actual, against oneself, another person, or against a group or community, which either results in or has a high likelihood of resulting in injury, death, psychological harm, maldevelopment, or deprivation.”

I grew up and came to adulthood during a period of continual violence when, as a nation, we maimed and killed each other in our fight for independence from Great Britain and in the turbulent years following independence. We secured our homes from kick-down-the-door bandits with wrought iron grills and guard dogs. My psyche has especially been scarred by the rape of young girls and women in Wismar (May 1964); the burning of the home of the Abraham family, killing the father and seven of his nine children ages 6 to 19 (June 1964); the killing of Father Bernard Darke SJ (July 1979); and the assassination of Dr. Walter Rodney (June 1980). You, too, may have your own scars from violence propagated against you, your family or neighbors. Guyana’s rum culture – a legacy of our colonial past as sugar and rum producers – perpetuates the violence in our homes and beyond.

Somewhere along our journey in nation-building, we learned that violence is the best solution for resolving our differences. Violence begets fear. Fear begets control. Control begets power. Power begets omnipotence.  Omnipotence begets entitlement. The omnipotent plutocrat, oligarch or dictator lives in a bubble of his own creation. He loses sight of the real world and of his inherent frailties as a human being.

Instigated by excessive force and brutality of the police and hired thugs, collective violence for conflict resolution between factions of government destroys property; reduces production; hinders the movement of people and goods; disrupts business transactions; scares visitors, tourists, and investors; drives away local talent and skills; and deters involvement by qualified professionals in the Diaspora. Ultimately, violence adversely affects our economy and our place in the regional and world economies. Violence prevents us from moving forward.

I agree with Bishop Alleyne: “There has to be another way.”

In the case of the “roiling controversies that plague” Guyana, I believe that the ruling party must first look beyond the bubble and acknowledge that there is need for change. Only then can our government and its people work together towards bringing about change.