"We Could Be Free" by Vic Mensa, American rapper Vic Mensa, Call for Unity, Chicago/Illinois, drug addiction, Human Relationships, Police violence against blacks, The Autobiography as told by Vic Mensa

In keeping with my end-of-year tradition, I feature a song on my Poetry Corner December 2018. During this year of growing division in the USA, the hip hop song “We Could Be Free” by Vic Mensa captured my attention. It’s the thirteenth track on Mensa’s first, full-length, studio album, The Autobiography, released on July 28, 2017.

An American rapper, singer, and songwriter, Vic Mensa was born Victor Kwesi Mensah on June 6, 1993, in Chicago, Illinois. He grew up in the good part of the Hyde Park neighborhood within a sheltered home with two parents, both educators. His white American mother and Ghanaian father, an economics professor at the University of Chicago, wanted their son to go to college. But the young Vic dreamed of becoming a rock star.

With adolescence came exposure to the real world outside of Vic’s gated community. In “Memories on 47th Street,” the biracial Mensa raps of his loss of innocence and the beginning of his drug use.

At age 12 I learned the difference between white and black
Police pulled me off of my bike, I landed on my back
Back to reality, oops, a victim of gravity
Where they pull you down and keep you there
Dependin’ on how you keep your hair

“I started to realize that America and the world were categorizing me as being black and all the stigmas attached to that, which would take a lifetime to unpack,” Mensa says in an interview with the Chicago Tribune.

END_OF_DOCUMENT_TOKEN_TO_BE_REPLACED 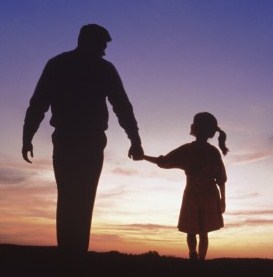 My Poetry Corner January 2016 features the poem “History Shelves” by Caribbean-American poet Sassy Ross. Born in St. Lucia, at the age of ten, she moved to the USA where she lives in New York City. From a sample of fifteen of her poems, recently published in Coming Up Hot: Eight New Poets from the Caribbean by Peekash Press, this poem explores the poet’s troubled relationship with her father. Using the bookcase filled with “books dense as stone tablets / on a pharaoh’s tomb,” in their family room, Ross recalls those early years of their history together.

The poet’s memory of her father is enmeshed with the drug culture in the Caribbean in the 1980s. In her poem “The Rottweiler,” she and her mother go in search of her father the drug addict. Late at night, their Rottweiler alerts them when her father returns home like “a thief who had his own set of keys.” END_OF_DOCUMENT_TOKEN_TO_BE_REPLACED