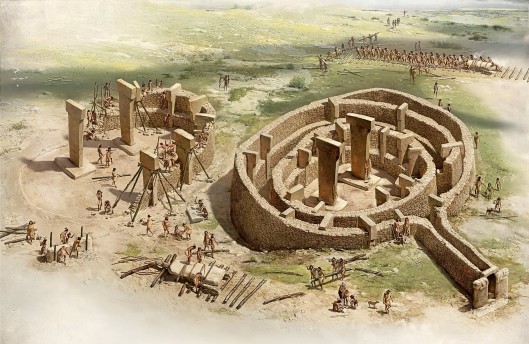 The second of my three-part series covers “Part Two: The Humanized God” of Reza Aslan’s book, God: A Human History. The author traces the development of organized religion with its pantheon of humanized gods from its birthplace in the Ancient Near East to Egypt, Greece, and Iran.

For almost two and a half million years, we were hunters-gatherers. Then, some 12,000 to 10,000 years ago, we settled down, built villages, and began growing our own food and rearing animals. The discovery of the temple at Gobekli Tepe (Potbellied Hill) in eastern Turkey, widely recognized as the earliest religious temple, suggests that the birth of organized religion may have precipitated this dramatic shift. Based on archeological records, we know that the first domesticated animals appeared in this region around the same time the temple was under construction. What better way to feed a large workforce over several years? 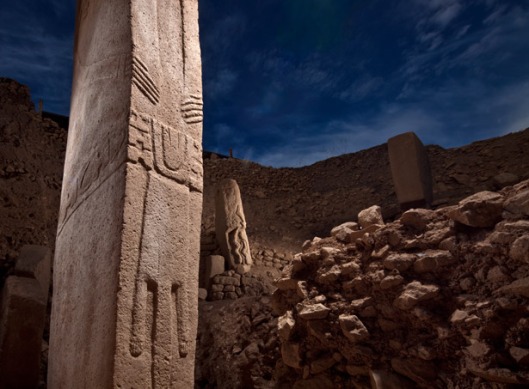 Agriculture flourished across the alluvial plains of ancient Mesopotamia (present day Iraq and Syria). By 7000 B.C.E., we had domesticated most of the common species of plants and animals. Over two thousand years later, the Sumerians founded Uruk, regarded as humanity’s first major city, and dominated Mesopotamia. As the most advanced civilization of their day, they invented writing, known as cuneiform, allowing them to disseminate their religious beliefs and myths.

Writing transformed the way we envisioned the gods. The Sumerian word for “god” is ilu, a “lofty person.” Their gods were elevated beings with human bodies who shared our emotions and characteristics. (Ilu became Elohim in Hebrew and Allah in Arabic.) As Aslan notes: “[I]t made conscious and explicit our unconscious and implicit desire to make the gods in our own image.” 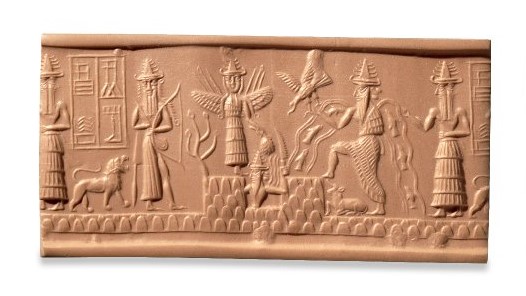 Mesopotamian deities on the Adda Seal, including Ishtar (with wings), Shamash (rising with sword in hand), and Enki (god of water and creation)
Photo Credit: The British Museum

Thousands of years later in ancient Greece, the god Zeus and his family became too human to be revered. Xenophanes of Colophon (570-475 B.C.E.) was one of the earliest known critics of the ancient Greek religion. Other Greek thinkers who questioned the fundamental nature of the gods included Thales of Miletus, Heraclitus of Ephesus, Plato, and Pythagoras. They sought a god that was nonhuman and singular. If Plato was right that eternal Truth is one, then God must also be one—the underlying reality permeating all creation. 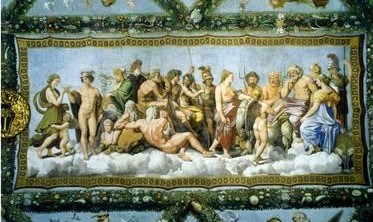 Earlier attempts at introducing monotheism had failed. In Egypt, Pharaoh Akhenaten (c. 1353-1336 B.C.E.) tried to enforce a monotheistic revolution under the Sun god Aten. After his death, the pharaoh and his god were almost obliterated from the archeological records. Then, over two hundred years later, monotheism arose again. This time, in ancient Iran where Zarathustra, known to the Greeks as Zoroaster, had a personal encounter with an unknown god who revealed itself as the sole god in the Universe. Zarathustra called this god Ahura Mazda, meaning “the Wise Lord.” The prophet failed to attract followers.

Only a spiritual crisis would force people to embrace this sole god. Six hundred years after Zarathustra, such a crisis arose among a small Semitic tribe from the land of Canaan that they called Israel.

28 thoughts on “The Humanized God”