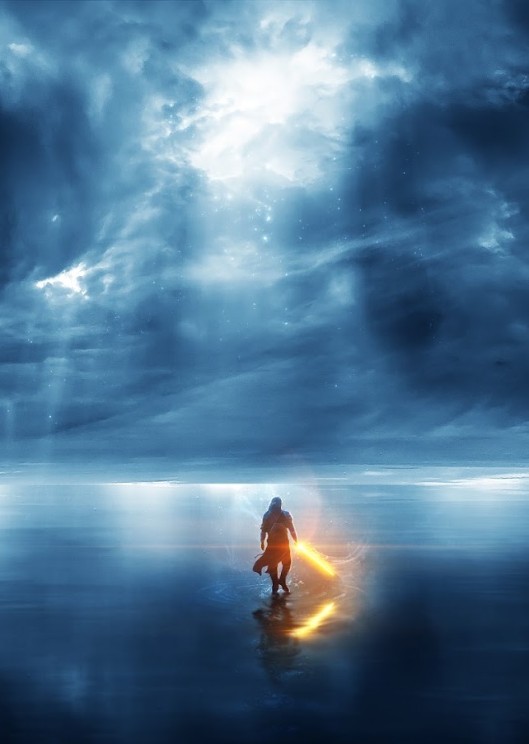 My Poetry Corner January 2017 features a passage from Warrior of the Light: A Manual by Brazilian lyricist and novelist, Paulo Coelho, born in 1947 in Rio de Janeiro, Southeast Brazil. While Coelho’s background as a songwriter endows his prose with an engaging lyricism, the featured work is not a poem.

Warrior of the Light: A Manual, published in 1997, is written in the form of short philosophical passages. Drawing on his own life experiences and ancient Eastern wisdom, Coelho invites each one of us to become a Warrior of the Light: someone capable of understanding the miracle of life, of fighting to the last for something he believes in.

This is not a normal year. We must prepare ourselves to enter the battlefield to defend our civil and human rights under threat.

Every Warrior of the light has felt afraid of going into battle.

Paulo Coelho is Brazil’s most famous living author. His first novel, The Alchemist, translated into 81 languages, holds the Guinness World Record as the most translated book in the world by any living author, selling more than 83 million copies.

A Warrior does not spend his day trying to play the role that others have chosen for him.

At a young age, Coelho longed to become a writer. His strict and devout Catholic parents, who saw no future for him in such a profession, suffocated his dream. His rebellious adolescence drove them to commit him to a mental asylum…three times. He eventually tried to confirm to their wishes by studying law, but soon dropped out.

The Warrior knows that he is free to choose his desires, and he makes these decisions with courage, detachment and – sometimes – with just a touch of madness.

During the years he worked as a songwriter, the ruling military government considered his lyrics as left-wing and dangerous. Like many other artists in the 1970s, he was arrested and tortured in prison.

In difficult and painful times, the Warrior faces overwhelming odds with heroism, resignation, and courage.

When he was 38 years old, Coelho walked the 500-plus mile Road to Santiago de Compostela in northwestern Spain. On the path, he had a spiritual awakening. He left his lucrative career as a songwriter to pursue writing full time.

A Warrior of the Light knows that in the silence of his heart he will hear an order that will guide him.

With a climate change denier leading the charge of the world’s most powerful fighting force, I’m reminded that:

A Warrior knows that everything a person does has enduring consequences and he needs to understand what kind of world he is leaving behind for the fifth generation [of his descendants].

We, the Warriors of Light, cannot falter as we enter the battlefield in the days and months ahead.

To read the complete feature passage and learn more about Paulo Coelho, go to my Poetry Corner January 2017.

19 thoughts on “Passage from Warrior of the Light: A Manual by Paulo Coelho”