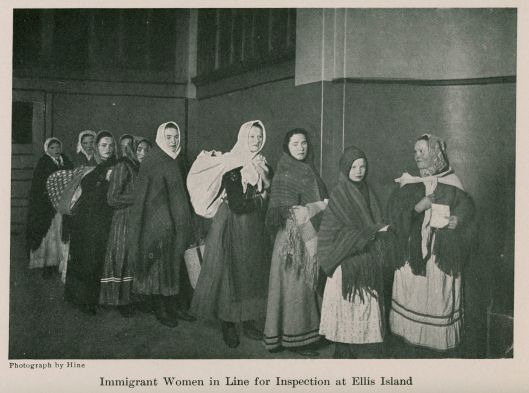 Photo Credit: The Newberry Digital Collections for the Classroom

My Poetry Corner September 2018 features the poem “Mary Comes Down” from the poetry collection Thank You For Dreaming by Jeannine M. Pitas. Native of Buffalo, New York, Pitas is a poet, writer, teacher, and Spanish-English literary translator. She holds a PhD in Comparative Literature from the University of Toronto, Canada. She currently lives in Dubuque, Iowa, where she is an Assistant Professor of English and Spanish at the University of Dubuque.

Pitas dedicates the poems in this collection “to those who dream.” She writes in her poem, “thank you for dreaming”:

you have made it to this adopted country
with your heart intact
and you will use it to find people
like you, once silenced –
touched and held
by your dreams

In “Just after my mother tells me she voted for Trump,” Pitas questions her mother’s xenophobia. Had her mother forgotten that she had sent Jeannine to Polish Saturday School and that Jeannine’s Polish great-grandmother had refused to speak English?

America First, American carnage, make America
great again, pass the ban, build the wall,
Mama, Mamusia, tell me –
Where on earth do you think we came from?
Who the hell can we say we are?

Rejecting the divisive politics of xenophobia and hate, Pitas seeks connection with the Other. “I want to touch your life with mine,” she repeats twice in her poem, “To an Immigrant.”

In her pursuit of connection, the poet reaches back into the past in “Tracing Us.” She reflects on the times we pass the Other in public spaces, unaware of the ways in which our lives intersect. “There’s an ocean between me / and my understanding of you / until I return to 2003,” she writes, “when…

at nineteen
I saw boys my age
get shipped off
to invade your country.

I watched bombs fall on prime-time TV –
“Shock and awe,” we called it.
Somewhere in that city you were hiding
between the flimsy walls of your house

I want to go back
to a time before war,
numbers, money, oil,
even before prayer.

In the featured poem, “Mary Comes Down,” Pitas contemplates the harsh lives of migrant and refugee women. While the Christian Church glorifies Mary, the Mother of Jesus, in the heavenly realm, Mary is right here among us on Earth, the poet says.

In the San Fernando valley
she bends to harvest grapes,
she cuts garlic and gets half
the wages she was promised.

In Iowa, she sweeps the floor at Walmart
after the other workers have left…

Sometimes she makes the news
when her raft capsizes on the Mediterranean,
but it goes unnoticed
when she is sold into slavery,
dies in childbirth,
walks for a day to fetch water,
and finds the well dry.

Mary, too, had to flee to a foreign country to save her infant son from certain death. But, when he became a man, she could no longer save him from the brutality of the Empire.

To read the complete featured poem and learn more about the work of Jeannine M. Pitas, go to my Poetry Corner September 2018.

30 thoughts on ““Mary Comes Down” – Poem by Jeannine M Pitas”