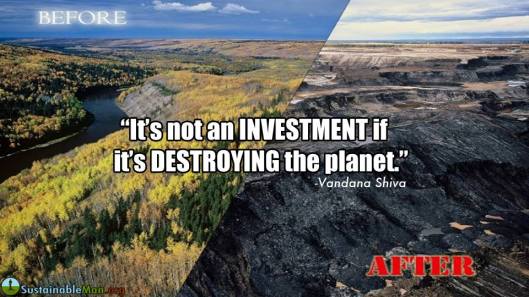 The third and final part of my series on the book, Anthropocene or Capitalocene? Nature, History, and the Crisis of Capitalism (Kairos Books, 2016), edited by Jason W. Moore, is a synopsis of Christian Parenti’s article on “Environment-Making in the Capitalocene Political Ecology of the State.” A sociologist and geographer, Christian Parenti is a professor of Global Liberal Studies at the New York University.

Parenti’s core argument is that “the state is an inherently environmental entity, and as such, it is at the heart of the value form.” Within its territorial borders, the modern state controls the surface of the earth – the biosphere.

To define the state, Parenti refers to classical legal theorists, such as John Simmons, a professor of philosophy and law at the University of Virginia. Simmons notes that sovereignty implies rights to jurisdictional authority; the right to control, extract, and tax resources within the territory; and the right to control the entry and exit of goods and people.

The modern state, Parenti observes, uses property laws and enormous public investments in infrastructure to deliver nonhuman nature and its utilities to production. With biopower, it entices and harnesses the population for labor power. To make the biosphere accessible to effective capitalist exploitation, the state applies geopower – the power of statecraft and technologies. These technologies include exploring, surveying, mapmaking, and all the applied physical and geosciences, like botany and geology.

To support his argument of how states make ecologies, Parenti cites the case of the state-led construction of the Erie Canal, completed in 1825. The canal connected Atlantic trade routes, via New York City, to the Great Lakes and Mississippi River. This radical ecological transformation involved the displacement of indigenous peoples and the public transfer of no less than 4.5 million acres of federal land and waters to canal companies. The ninety-five percent reduction in freight costs accelerated an agrarian revolution across the Midwest, remaking the environment. 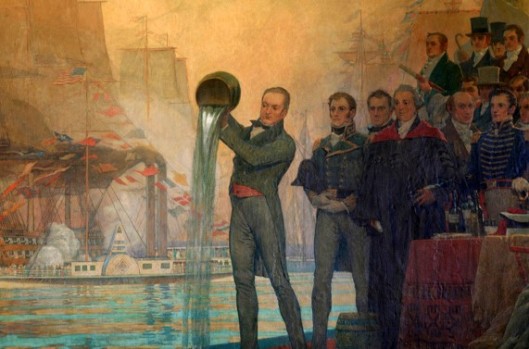 “The state is the ultimate “landlord”; it controls nonhuman nature’s use values, and delivers these rents to capital,” concludes Parenti. “The capitalist state does not have a relationship to “nature” – it is a relationship with nature.”

Capitalism depends upon the state for its continued existence. Understanding this is especially relevant today. The devastating climate crisis, already upon us, requires immediate action on a truly massive scale. Parenti argues that we-humans cannot “misrecognize the centrality and immutably fundamental nature of the state to the value form and thus to capitalist society.” He calls on critical scholars to a renewed engagement with the state for creating a different and better version of environment-making.

26 thoughts on “The state as ultimate “landlord” of nonhuman nature”