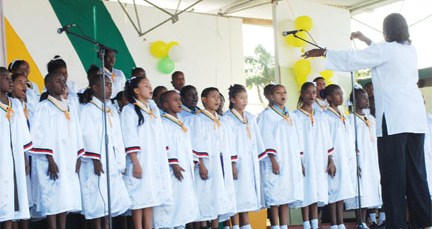 Some days ago, I awoke with thoughts of the song, “No Man is an Island.” It’s not the type of song that one hears on the airwaves. Our subconscious mind has a way of linking new information with lessons learned in our youth.

No man is an island
No man stands alone
Each man’s joy is joy to me
Each man’s grief is my own.

During my senior high school years, I learned this song as a Glee Club member. Through an Internet search, I discovered that this song is still sung by high school and church choirs. I liked the traditional rendition by the EskDale High School choir in spring 2012. There is even a Reggae version by John Holt.

In their Global Employment Trends 2013, released in January 2013, the International Labor Organization (ILO) reported that the number of unemployed people worldwide in 2012 rose by 4.2 million, bringing the unemployed to 197 million. Young people worldwide have been especially hit hard. In advanced economies some 35 percent of unemployed youth have been out of work for six months or longer. Discouraged, more and more of them are leaving the labor force.

The ILO Director-General noted that “the global nature of the crisis means countries cannot resolve its impact individually.” We are all in this together. No country stands alone. We need one another.

On 17 September 2013, the U.S. Census Bureau released America’s official poverty rate for 2012. Fifteen percent or 46.5 million Americans live at or below the poverty line. But these figures did not deter the U.S. House of Representatives from passing a bill, two days later, to cut government food-aid programs by $39 billion over the next ten years. Next year will be bleak for 3.8 million Americans who will be scratched from the list of food-stamp beneficiaries.

The One Percent—who have used their wealth to hijack our government—have no sense of social responsibility towards citizens who face hunger or food insecurity, underemployment or unemployment, homelessness or displacement. The One Percent, their vassals, and henchmen have forgotten the lessons of history. In time, the grief of the oppressed becomes the grief of the oppressor. Each man’s grief is our own.

No man is an island. No man stands alone. We need to defend one another.