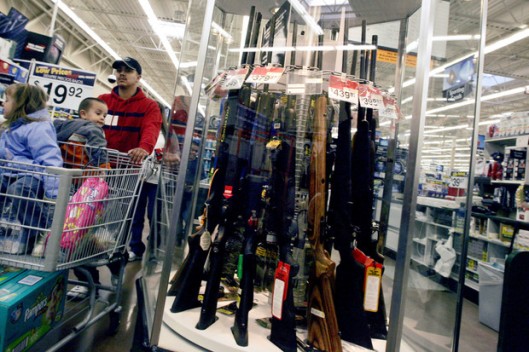 A well regulated militia being necessary to the security of a free state, the right of the people to keep and bear arms shall not be infringed.

With the ease of buying a firearm and ammunition, it is no surprise that the United States outranks all other nations in the number of privately-owned firearms – estimated at 270 million in 2007, the equivalent of 88.8 firearms per 100 people (www.gunpolicy.org).

President Obama’s call for more effective gun control laws – following the December 2012 massacre of twenty first-graders and six adults at an elementary school in Connecticut – has not only led to an outcry in defense of private gun ownership but also a rise in gun sales. Some fear that the talk of gun control is really a government ploy to take away their guns. Fear makes us irrational.

The Connecticut and other gun massacres during 2012 are resounding alerts of the consequences of firearm proliferation across our nation. During the period 1980 to 2008, more than two-thirds of victims murdered by a spouse or ex-spouse were killed with a gun (Bureau of Justice Statistics). In 2011 nationwide, firearms were used in 67.7 percent of murders, 41.3 percent of robberies, and 21.2 percent of aggravated assaults (Federal Bureau of Investigation).

Having a gun does not guarantee our survival against armed home invaders; estranged husbands or boyfriends; and psychopathic or mentally ill gunmen on the street, in our workplace, school, university, shopping mall or cinema. Before going on his killing spree, the mentally ill Connecticut killer first shot his mother with one of her own firearms.

I do not trust defenders of our Second Amendment rights who call for more guns in the hands of “the good guys” as a solution to gun violence. These defenders usually represent organizations that profit from the production and sales of firearms. They are well versed in stoking our fears of losing our right to defend and protect ourselves and loved ones.

I do not understand the significance of “a well regulated militia” for our nation in the Year 2013. Our Armed Forces are the greatest and best equipped on Planet Earth. If they cannot defend our nation against our enemies, owning a Bushmaster AR-15 high-powered semiautomatic rifle, like the one used by the Connecticut shooter, will not save me and my loved ones.

I support our president’s call for stricter gun control laws to curb gun violence and gun deaths across our nation. Do those who stand with the defenders of unrestrained gun and ammunition sales have the courage to let go of their irrational fears? Must our right “to keep and bear arms” supersede all other rights as citizens in a free society?