To mark the fiftieth anniversary of “Bloody Sunday” in Selma, Alabama, on March 7, 1965, my Poetry Corner March 2015 features the poem “Pantoum for Ferguson: 20 Miles a Day” by American poet Angela Consolo Mankiewicz.

The modern pantoum is composed of four-line stanzas in which the second and fourth lines of each stanza serve as the first and the third lines of the next stanza. As you’ll notice in Mankiewicz’ pantoum, the repeated lines take on a slightly different meaning and punctuation.

The pantoum’s pattern of rhyme and repetition is the perfect poetic form for giving us the sense of the four-step forward and two-step backward movement of race relations in America. END_OF_DOCUMENT_TOKEN_TO_BE_REPLACED 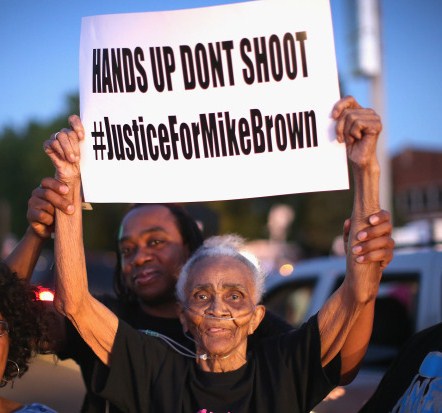 For millennia, humankind has been plagued with some form of inequality among its populations. As our societies grew, increased in complexity, and became globalized, so did the nature and degree of inequality.

Like a living human organism, inequality has a gender, race, ethnicity, and class that determine income and wealth disparities. To make matters worse, inequality dictates our access to a home, education, healthcare, and protection under our justice system.

Faced with racial inequality, the majority African-American community of Ferguson, Missouri, has received no justice for Mike Brown, an eighteen-year-old black male killed by a white policeman in August 2014. END_OF_DOCUMENT_TOKEN_TO_BE_REPLACED

During the last week in July 2014, my eighty-one-year-old mother was physically assaulted in a Culver City bus in Los Angeles County. As a regular passenger on the Culver City line, I have never felt threatened. The bus drivers, most of whom are black, are always courteous. Therefore, the news of my mother’s assault came as a shock.

With the aid of a walking chair, my mother moves around Los Angeles by bus. When she entered the Culver City bus near her residence, two white women sat facing each other in the front section of the bus. The two seats in this section, reserved for the elderly and physically disabled passengers, fold upwards to accommodate passengers using motorized and other wheel chairs. My mother judged the stout woman to be in her fifties. The other woman was frail and older, probably in her seventies. As is normal during the slack mid-morning period, there were only three other passengers on the bus.

While the bus driver, also white, waited at the bus stop for my mother to take a seat, the stout woman stood up and spoke to the frail woman across the aisle. While they spoke to each other, my mother positioned her walking chair to sit down next to the frail woman. (These side seats each hold three passengers.) END_OF_DOCUMENT_TOKEN_TO_BE_REPLACED