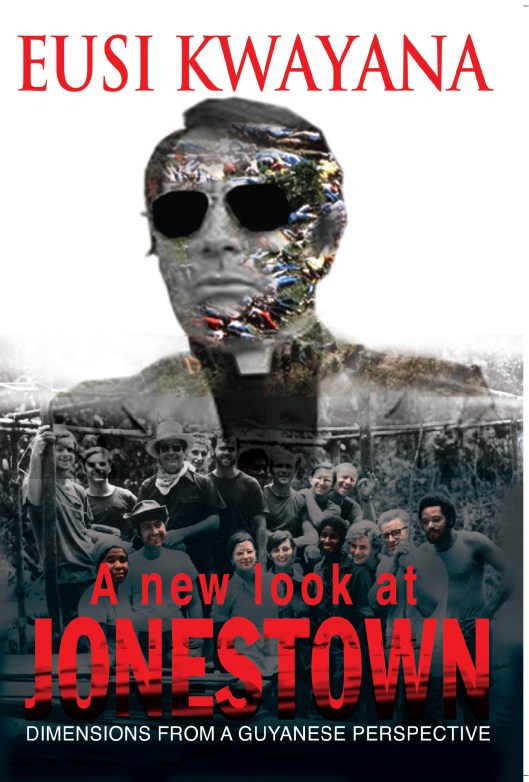 Cover of A New Look at Jonestown: Dimensions from a Guyanese Perspective
by Eusi Kwayana

November 18 marked the thirty-seventh anniversary of the Jonestown Massacre in Guyana. On that fatal Saturday in 1978, over nine hundred members of the Peoples Temple died from ingestion of cyanide-laced Flavor-Aid. Their leader, the Reverend Jim Jones, died from gunshot wounds. Seven miles away, American Congressman Leo Ryan and four members of his party lay dead on the Port Kaituma airstrip.

After all these years, several questions about the tragedy remain unanswered. The then Guyanese Prime Minister of the socialist cooperative ruling party, declared the Jonestown Massacre “an American problem.” No Guyanese investigation was ever conducted. To fill this void, A New Look at Jonestown: Dimensions from a Guyanese Perspective by Eusi Kwayana will soon be released (see below for details of ordering copies). END_OF_DOCUMENT_TOKEN_TO_BE_REPLACED

As we have seen in autocratic regimes, past and present, power corrupts. Good men and women become collaborators in and perpetrators of state violence. It takes courage and strength of character to publicly come forward and admit one’s guilt and to ask for forgiveness.

Joseph Hamilton – a former leader of the House of Israel and member of the People’s National Congress (PNC), the ruling political party at the time of Walter Rodney’s assassination – did just that.

During the second session of the Walter Rodney Commission of Inquiry, held in Georgetown, Guyana, the first week in June 2014, Joseph Hamilton turned whistleblower. Over the last thirty-four years, his burden of guilt had become unbearable. END_OF_DOCUMENT_TOKEN_TO_BE_REPLACED