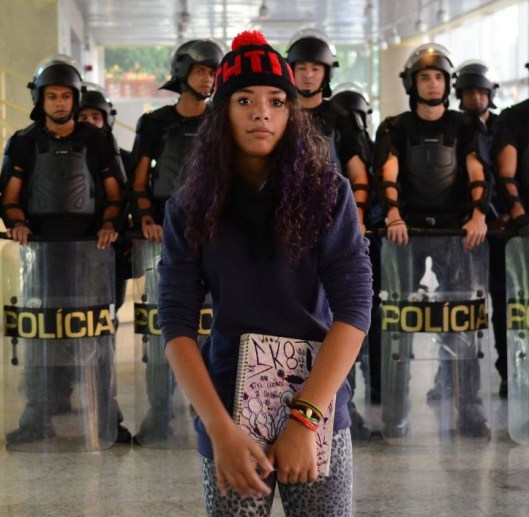 My second quote for the ‘Three Quotes for Three Days’ challenge – an invitation from British author and blogger Frank Parker – comes from Ana Júlia Ribeiro, a sixteen-year-old, public high school student in Curitiba, capital of the State of Paraná in South Brazil. It’s an excerpt from her ten-minute impassioned address before the Paraná State Assembly on October 26, 2016, in defense of the student occupation of their high schools.

Our flag is Education. Our only flag is Education. We’re a nonpartisan movement. We’re a movement by students and for students. We’re a movement that cares about future generations. A movement that’s concerned about society. Concerned about the future of the country. What future will Brazil have if it doesn’t want a whole generation to develop critical thinking? People must have a political, critical sense. People shouldn’t just believe any stuff they read. We must know what we are reading. We must stand against functional illiteracy which is a major problem in Brazil today. That’s why we are here, and that’s why we have occupied our schools. That’s why we have raised the flag of Education.

These are tough times for Brazil’s young people. With the ouster of the socialist democratic Workers’ Party and the ascension of the right-wing conservative, neoliberal parties, students now face drastic cuts in funds for the public education system. The proposed constitutional amendment, know as PEC 241, already approved by Brazil’s Lower Chamber of Deputies, will cap government expenditures for the next 20 years.

Beginning in São Paulo in early October and spreading to other major cities across Brazil, students have taken to the streets in protest and have occupied more than 1,000 public high schools, 82 technical colleges, and 96 state university campuses. The majority of student occupations have been in the conservative state of Paraná. 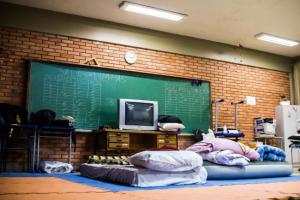 In times of great upheaval within our society, unlikely leaders rise up from among the people who inspire us and give us hope in our continued struggle against injustice and oppression. Sixteen-year-old Ana Júlia Ribeiro is such a leader. You can listen to her entire address with English subtitles on YouTube. A translation of the address, including her tense exchange with the president of the assembly, is also available on the Jacobin online magazine.

In keeping with the rules of the ‘Three Quotes for Three Days’ challenge, I invite the following bloggers to take up the banner:

6 thoughts on ““Our Flag is Education””