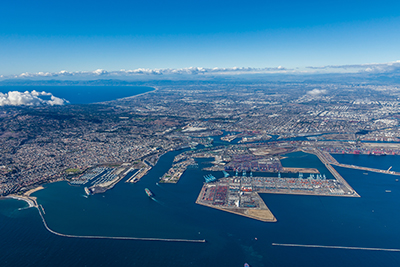 As a former international trade professional, I am not adverse to global trade. The challenge of our times lies in the terms and rules of trade which have led to the disruption of communities worldwide. With their global financial and political influence, rich industrial nations can negotiate, legislate, and enforce trade agreements beneficial to their major players.

The United States is the world’s third largest exporter, after China and the European Union. When it comes to consumption, we hold the top position as the world’s largest importer. In 2015, our total imports and exports of goods and services earned US$2.7 trillion and US$2.2 trillion, respectively, for our economy. Our global trade deficit – the difference between our exports and imports – amounted to 500 billion dollars.

Our top three trading partners are China, with 16 percent of total trade in goods only, followed by Canada (15.4%) and Mexico (14.2%). When combined, our trade of 29.6 percent with our NAFTA partners exceeds that with China.

Our greatest trade deficit by country is with China, amounting to more than 365 billion dollars. Mexico and Canada rank in fourth and thirteenth places with 58.4 billion and 14.9 billion, respectively.

The U.S. top ten exports and imports reveal where most of the money comes and goes.

Who gains from all this trade across borders? Judging from our top ten import and export products by value, it’s clear that America’s major manufacturers and traders are the winners. However, data of American import and export companies indicates that, by number, SMEs – small and medium-sized enterprises, comprised of fewer than 500 employees – lead the way.