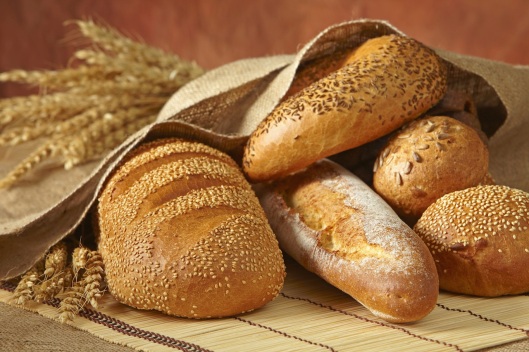 After studying history at the University of Wisconsin-Madison, Espada earned his law degree from Northeastern University. For many years, he was a tenant lawyer and legal advocate. Today, he teaches poetry and English at the University of Massachusetts, Amherst. He has dedicated much of his career to the pursuit of social justice, including fighting for Latino rights and reclaiming the historical record. Through his poetry, he speaks for the socially, economically, and racially marginalized individuals who have no voice.

In “Imagine the Angels of Bread,” Espada invites us to imagine a different world and calls on us to be that force of change. The first stanza (22 lines) opens with cries for retributive justice by the oppressed against their oppressors.

This is the year that squatters evict landords, …
that shawled refugees deport judges, …

In response to police violence, the poet does not advocate an equal force but renders their weapons powerless.

this is the year that police revolvers, / stove-hot, blister the fingers / of raging cops, / and nightsticks splinter / in their palms;

For darkskinned men / lynched a century ago, the poet envisages reconciliation and unity with the apologizing descendants / of their executioners.

The second stanza (27 lines) gives voice to low-wage farm workers, juxtaposing their suffering with images of hope for better work and living conditions. Considering that they are treated like work animals, Espada describes them not as persons, but as body parts: hands, eyes, ear, and heads.

this is the year that the hands / pulling tomatoes from the vine …
the hands canning tomatoes / are named in the will / that owns the bedlam of the cannery;

Espada again changes focus in the third stanza (12 lines) where he invokes new ways of thinking and seeing our world.

…of hands without manacles,
…of a land / without barbed wire or the crematorium,
…that conquerors on horseback / are not many-legged gods, that they too drown / if plunged in the river, …

Throughout the first three stanzas, Espada echoes the words – this is the year – eleven times, prodding us to take action now. He knows that it will take collective action to bring about such revolutionary change. In the three lines of his final stanza, he reminds us of our present disconnected reality and a vision of what is possible.

So may every humiliated mouth, / teeth like desecrated headstones, / fill with the angels of bread.

Bread is life. Bread is the living wage that enables us to adequately provide for ourselves and families. Bread is shelter, health, and security to face the vagaries of life. Imagine an army of ‘Angels of Bread’! Such a force of people who care for ‘the other’ would indeed revolutionize our world.

To read the complete poem and learn more about Martín Espada’s work, go to my Poetry Corner June 2016.