“I am here to tell the American people that, if elected president, I will work tirelessly to advance the cause of peace as a partner and as a friend to Israel.

But to be successful, we have also got to be a friend not only to Israel, but to the Palestinian people, where in Gaza unemployment today is 44 percent and we have there a poverty rate which is almost as high.

So when we talk about Israel and Palestinian areas, it is important to understand that today there is a whole lot of among Palestinians and that cannot be ignored. You can’t have good policy that results in peace if you ignore one side.”
~ Read Bernie’s full speech at the following link.
~ Thanks for sharing, Jerry.

THE ONENESS of HUMANITY 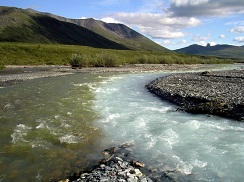 residential candidate Vermont Senator Bernie Sanders was denied his request to address the annual AIPAC (American Israel Public Affairs Committee) conference remotely from a Western state campaign location. In response, Sanders delivered the same address he would have given at AIPAC. In the interest of informing those many Americans yet to cast their votes for President of the United States, the full transcript and video of Sanders’ foreign policy address on Israel, Palestine and the Middle East follows.

I was invited along with other presidential candidates to be at the AIPAC conference in Washington, but obviously I could not make it because we are here.

The issues that AIPAC is dealing with are very important issues and I wanted to give the same speech here as I would have given if we were at that conference.

4 thoughts on “Sanders’ AIPAC Address: “Too Much War, Killing, Suffering.””