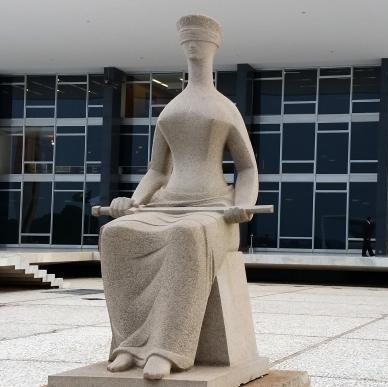 Sparked by national outcry for change, on September 17, 2015, Brazil took a giant leap forward. Amidst the fallout of the kickback scheme at the state-own oil company Petrobras, the Supreme Federal Court (STF) finally ruled in the case for “clean campaign finance” filed in 2013 by the Brazilian Bar Association. With a favorable verdict of eight to three, they declared legislation allowing businesses to finance election campaigns as unconstitutional. Considering that in Brazil’s 2014 general elections almost 95 percent of donations came from large corporations, this is a blow to the political power elite.

Justice Luiz Fuz, voting in favor of the ban on corporate donations, said: “I know that the verdict is important for democracy, because the inherent values to democracy presupposes a free participation, an ideological participation in elections, and these donations by corporations end up contaminating the democratic process, the political power by economic power, which is absolutely unacceptable in a democracy.”

Also ruling in favor, Justice Rosa Weber argued: “The influence of economic power has ended up transforming the electoral process into a political game of marked cards, a despicable pantomime which makes the voter a puppet…”

Opposing the ban, Justice Gilmar Mendes contended that it would only benefit the ruling Workers Party (PT) that “would not need more contributions, as they are financed with the embezzlement of public money.”

Congressman Eduardo Cunha rejected the verdict. As Speaker of the House and former leader of the Party for the Movement of Democracy in Brazil (PMDB), he is one of Brazil’s most influential politicians. Just a week before the STF ruling, he led Congress in passing a new campaign finance bill that allowed corporate donations of over US$5 million. Standing with the STF ruling, President Dilma Rousseff has vetoed this bill.

Brazilians have had enough. The Petrobras kickback scheme – now estimated at more than US$5 billion – has brought their country to its knees, leaving millions without work. Some of the spoil went to politicians. Eduardo Cunha is among those under investigation for alleged involvement. Recent disclosures from Swiss authorities could link him to the kickback scheme. But Cunha denies he holds Swiss bank accounts and any involvement in money laundering. He refuses to step down as Speaker of the House.

In a country were corruption is endemic, the STF ban on corporate donations is a bold step. Enforcing the new legislation will not be easy. As opponents to the ruling have noted, individuals can still contribute up to 10 percent of their annual income, providing a loophole for corporate exploitation.

In the United States, Big Money exploits all loopholes for pouring billions of dollars into our electoral process, transforming our democracy into a Brazilian-style oligarchy. Through the Aware and Fair Blog, I learned that the recent Bloomberg Politics National Poll reveals a whopping 78 percent of Americans – Republicans, Democrats, and Independents – agree on something: overturning Citizens United. Does our Supreme Court hold the power to take that bold step forward?