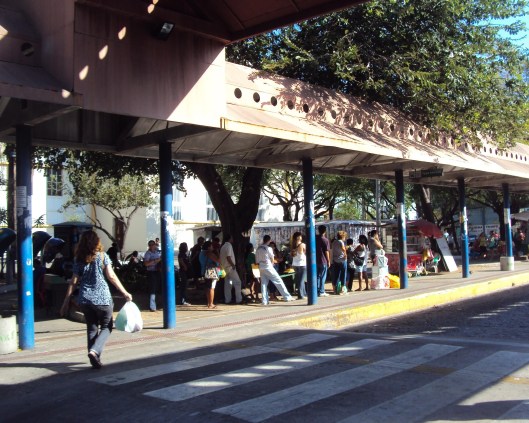 When my sons were young, my greatest fear was dying and leaving them orphans in Brazil—a fear triggered by a near-death experience.

I had just gotten off the bus at the terminal in the Praça Coração de Jesus in downtown Fortaleza. In those days, there was no divider separating the bus lanes from the street. Cleared for crossing with the red light, I was in the middle of the street when I heard the roar of a speeding car. The tires screeched as the driver took a right turn at high velocity, heading straight at me.

With a gust of air lifting my skirt, the red sports car missed me by a few inches.

Shaken by my near-death experience, I thought only of my sons, then eight and ten years old. What would happen to them in the event of my sudden death? Would they know how to contact their father? Was there a Brazilian friend that I could count on to reunite them with their father in Guyana? Would they be condemned to living on the streets of Fortaleza?

For my sons’ safety and my peace of mind, I had to talk with them about what they had to do should “something bad” happen to me. Was I being paranoid? Would I make them more insecure and fearful?

At home later that evening, I told them about the young man who almost took my life with his fast car. On a large sheet of paper, below the heading “In Case of Emergency” in large block letters, I wrote down the names and telephone numbers for my two closest friends in Fortaleza, whom my sons knew, and their father and his sister in Guyana. So that they would have no problem in finding the contact information, I taped the notice on my bedroom door. The following day, I shared my fear with my two closest friends.

Up to that day, my main concern was earning enough money to pay our rent, utility bills, medical expenses, school fees, and to buy food. After that day, my personal safety became of utmost importance. My sons’ well-being depended on me staying alive and well in mind and body. Alertness and prudence became my daily companions.

My close encounter with death had another unexpected effect. For several weeks following the incident, on my long bus trips home from work, thoughts of death hounded me. The realization that today could be my last day with the people I loved changed my outlook on life. (The same was true in the event of their unexpected death.) I began to treasure the moments I spent with my sons and the people close to us. Each new day of life became one of thanksgiving for each person in my life.

I survived four more encounters with death in Brazil. I survived to raise my sons to adulthood. They are men now; they understand that I did what I had to do to keep us all safe.

8 thoughts on “My Greatest Fear in Brazil”