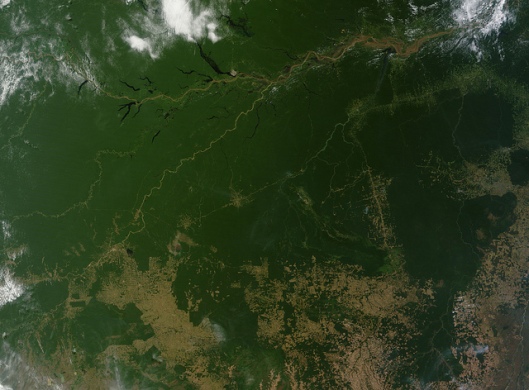 The Lungs of Our Planet are Dying

“Tropical rainforests have been popularly thought of as the “lungs” of the planet. Here, we show for the first time that during severe drought, the rate at which they “inhale” carbon through photosynthesis can decrease. This decreased uptake of carbon does not decrease growth rates but does mean an increase in tree deaths…”
~ Dr. Christopher Doughty, Lead Author of Research Paper “Drought impact on forest carbon dynamics and fluxes in Amazonia,” University of Oxford, UK.

8 thoughts on “Climate Disruption – Thought of the Week”