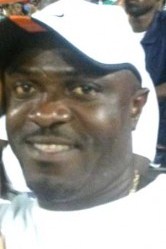 In memory of Courtney Crum-Ewing, Guyana-born political activist assassinated on March 10, 2015, I dedicate the poem “My Final Gift to Life” by Indo-Guyanese poet, Mahadai Das (1954-2003).

Like the other poems in her poetry collection My Finer Steel Will Grow, published in 1982, “My Final Gift to Life” was written at a time of civil rebellion in Guyana, culminating in the assassination of Dr. Walter Rodney, co-founder of the Working People’s Alliance of which Mahadai Das was a staunch supporter. Her awareness of the risk of overtly opposing the then autocratic government is evident in the opening lines of the poem.

Death would be my final gift to life.
Then: if I must die, I must.

Mahadai Das’ words are a powerful affirmation of those individuals, like Courtney Crum-Ewing, Walter Rodney, and many others, who speak truth to power in the face of continual harassment and threats to their personal security. Such individuals know that to remain silent is an act of consent or complicity in the crimes and injustices perpetrated by those in power. In the struggle for justice and equality for all, they forge the way forward—in life and in death.

Let the progeny of stars light my path to heaven.
‘Me’ will be one more star to fiercely light
the darkness of this land.
This body will bear the final calamity.

The poet’s repulsion at the corruption within the ruling party echoes prevailing conditions in Guyana today.

I will not be the fish caught
in his wily net.
I will not touch his rotting scepter beaded
with murder,
nor eat my bread in a crumbling house overrun
with rats.

After more than thirty years, Mahadai Das’ poem is ever more relevant for today’s working people, especially for women and children.

All over the land is heard the sound of women
weeping; the muffled voice
of children starving in the drought.
Who can inhale the stench of wickedness
or dwell whole in this leprous air?
In their sad coat of mange, dogs
hang their hungry heads.

Meanwhile, those in power live in luxury, enjoying the good things in life, mindless of the suffering of the people whom they serve. Unknown to them, the spear of rebellion grows among their oppressed people.

The night is pierced by strange cries of woe,
but he who stirs their tears
in the cauldron of his vanity,
preparing for a feast and a night of loud song,
little knows he of we who
sharpen our spears in night’s
naked hours.

In her closing line, Das refuses to let fear stifle her voice of dissent.

Death be my final gift to life.

Courtney Crum-Ewing did not allow fear to muffle his voice. He was silenced while using a bullhorn to rouse his neighbors to vote in the upcoming general and local elections. Death was his final gift to his people, ready for an end to the winner-take-all and divisive ethnic politics.