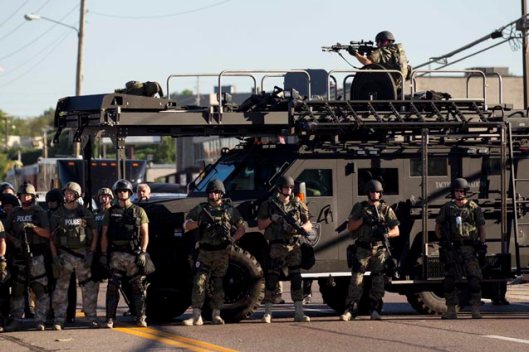 During the last week in July 2014, my eighty-one-year-old mother was physically assaulted in a Culver City bus in Los Angeles County. As a regular passenger on the Culver City line, I have never felt threatened. The bus drivers, most of whom are black, are always courteous. Therefore, the news of my mother’s assault came as a shock.

With the aid of a walking chair, my mother moves around Los Angeles by bus. When she entered the Culver City bus near her residence, two white women sat facing each other in the front section of the bus. The two seats in this section, reserved for the elderly and physically disabled passengers, fold upwards to accommodate passengers using motorized and other wheel chairs. My mother judged the stout woman to be in her fifties. The other woman was frail and older, probably in her seventies. As is normal during the slack mid-morning period, there were only three other passengers on the bus.

While the bus driver, also white, waited at the bus stop for my mother to take a seat, the stout woman stood up and spoke to the frail woman across the aisle. While they spoke to each other, my mother positioned her walking chair to sit down next to the frail woman. (These side seats each hold three passengers.)

Still standing, the stout woman snatched my mother’s walking chair and threw it over. Then, she pushed my mother to the ground and repeatedly banged her head on the floor of the bus. The white female bus driver did not intervene or seek help in handling the assault. The other three passengers looked on in silence.

Why did the woman attack an elderly woman? Does she dislike brown-skinned immigrants? Does she hold a grudge against the elderly? Was she venting her rage on a stranger weaker than herself? Is she a mentally unstable individual? I don’t know. Perhaps, my mother was just in the wrong place at the wrong time, caught between a tired and frustrated caregiver and her own mother. Whatever the reason, one thing is certain: we live in a culture of violence.

Even the police force, sworn to protect and serve we the people, far too often become the aggressor. On August 9, 2014, in Ferguson, Missouri, an unarmed black teenager died at the hands of a white police officer. The predominantly white Ferguson Police Force broke up the non-violent protest of the black community with teargas and rubber bullets. The excessive use of force against the predominantly black community has erupted into civil unrest. Yesterday, August 16, 2014, the Governor of the State of Missouri declared a state of emergency and curfew in Ferguson.

Fueled by fear, anger, and hatred, violence becomes a tornado of our vile human emotions. It destroys everything and everyone in its path. It brings devastation, suffering, and loss.

How much longer will we continue to settle our differences with blows, bullets, and bombs?

28 thoughts on “America’s Culture of Violence”