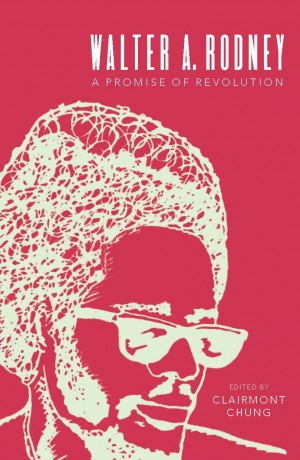 Walter Rodney was born on March 23, 1942 into a working-class family in what was then known as British Guiana. His father was a tailor and his mother a housewife and seamstress: descendants of African slaves brought to the colony (1633-1834).

Rodney grew up at a time when the major ethnic groups, the Africans and Indians – descendants of indentured laborers from India (1838-1917) – were united in their struggle for self-rule. Formed in 1950 during the Cold War (1947-1991), the colony’s Socialist People’s Progressive Party raised concern in Washington DC, USA. In response, Britain suspended the Constitution of British Guiana in 1953, setting into motion events that racially divided the population.

The workers’ united front for self-rule left its mark on the young Rodney. With his father involved in the formation of the party, he helped with door-to-door distribution of party manifestos. He attended political meetings with his mother. Recalling those days, he said:

With all the vicissitudes of racial struggle that went on in Guyana, I have seen what my parents did and I have seen what other people’s parents did, and what people we call ‘neighbor’ and ‘cousin’ also did. They were not political ideologues, but ordinary people taking their destiny into their own hands. (1)

The young Rodney’s success at winning an open exhibition scholarship to Queen’s College, the country’s most prestigious secondary school for boys, exposed him to another world. His history professor, Robert Moore, has this to say about the young Rodney:

By the time I encountered Walter in the classroom, in the Upper Fourth Classic, he had clearly enhanced his gift of leadership. His peers enjoyed his self-confidence, which did not come with arrogance. They bonded with his sense of humor. They were impressed by how much reading he had done and how much of it he could quote from memory. On top of all that, his teachers were clearly taken with his writing: lucid, concise, questioning, and flavored with the Rodney wit. (2)

Rodney’s academic success took him beyond Guyana’s shores: Jamaica, London, Tanzania, and the United States. Yet he never forgot his working-class roots or lost his accessibility towards others. Rupert Roopnaraine, one of the founding leaders of Guyana’s Working People’s Alliance writes:

He is one of those people who can appeal instantly to people. There are people in life you meet for the first time and you feel you have known them for a long time. He was one of those human beings who had a very instinctive contact with persons in all walks of life. Walter can have that impression on prime ministers and bauxite workers as well. There was no difficulty on his part. He had a biology completely open to persons, which, of course, was part of his undoing. (2)

Unwittingly, Rodney welcomed his assassin as a brother. Rodney’s attempt to mend Guyana’s racial divide and challenge the dictatorship government cost him his life. He left us his life’s work and his writings.

With unfettered global capitalism leading the human species towards self-destruction, the time has come for us to re-examine his writings on scientific socialism.

9 thoughts on “Part Three: The Legacy of Walter Rodney”