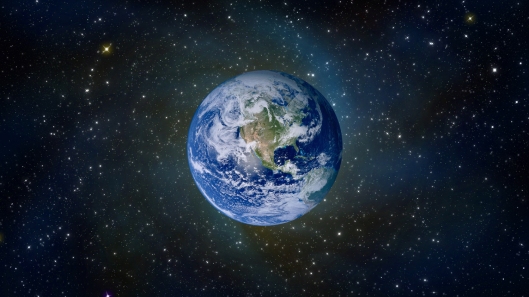 Today is Earth Day.  It’s the day of the year that the Earth Day Network (EDN) mobilizes people worldwide to appreciate our planet and to do our part to protect it (www.earthday.org).

Forty two years ago, on 22 April 1970, the first Earth Day roused 20 million Americans to the plight of our planet that provides us with food and shelter. The new awareness of how our actions were affecting and destroying our environment led to the environmental movement.

Since then, the Earth Day Network works with over 22,000 partners in 192 countries to broaden, diversify and mobilize the environmental movement. This expansion has led to the yearly participation of more than one billion people in Earth Day activities.

Planet Earth is in distress. Record hot temperatures are affecting animal and plant life. Tornadoes and hurricanes are increasingly more intense and ruthless in their destruction. Melting ice caps are re-shaping our coastlines. While some regions of Earth experience years of drought, other regions face devastating floods.

The simple truth is that we humans have grown too much and too fast for our planet. The US Census Bureau estimated that the world population on 12 March 2012 had exceeded seven billion (www.census.gov). When mankind learned to utilize and appropriate the natural wealth of our planet for building and supporting our great cities and nations, we embarked on a race to self-destruction. Modern man has failed to learn from the excesses of ancient civilizations.

To quench the world’s ever-growing need for food, water, energy, and the trappings of modern life, large-scale producers and transnational corporations – with no allegiance to any nation, seeking only to maximize profits – lace our soils, groundwater, rivers, lakes, oceans, and the air we breathe with toxins.

It’s up to you and me to continue demanding responsible actions in utilizing and exploiting the Earth’s natural resources. You and I must also look at our own behavior to put an end to our waste; to learn to conserve and re-cycle. If you already do so, Mother Earth thanks you.

Gravity keeps us rooted to the earth. With gravity of mind, we have to re-think the way we live or suffer the consequences: an inhospitable planet.

Dear Reader, my debut novel, Under the Tamarind Tree, is now available at Rosaliene’s Store on Lulu.com and other book retailers at Amazon, BAM! Book-A-Million, Barnes and Noble, Book Depository, and Indie Bound.

Learn more about Under the Tamarind Tree at Rosaliene’s writer’s website.